-- BlackBerry Sales Down from 27.6 to 1.5 Percent Market Share Since 2010, Android Sales Holding Steady, Prepaid Plans Favored in the South --

As Apple prepared to release its newest handheld device, iQmetrix statistics reveal that Android is still holding its own, while feature phones and BlackBerry devices have taken a significant downturn. Additionally, prepaid plans reveal the cost-conscious mindset of students and Back-to-School shoppers when broken out regionally.

“At iQmetrix, we have built comprehensive business analytics that provide wireless dealers and C-level executives with the ability to effectively analyze patterns and monitor consumer buying trends,” said Christopher Krywulak, CEO, iQmetrix. ​“While we are not an analytic firm, our RQ Retail Management System reaches across the U.S. wireless market to deliver powerful statistics like these, allowing us and our users to stay ahead of the competition in a rapidly changing industry.”

Below is the full infographic from iQmetrix (click to expand): 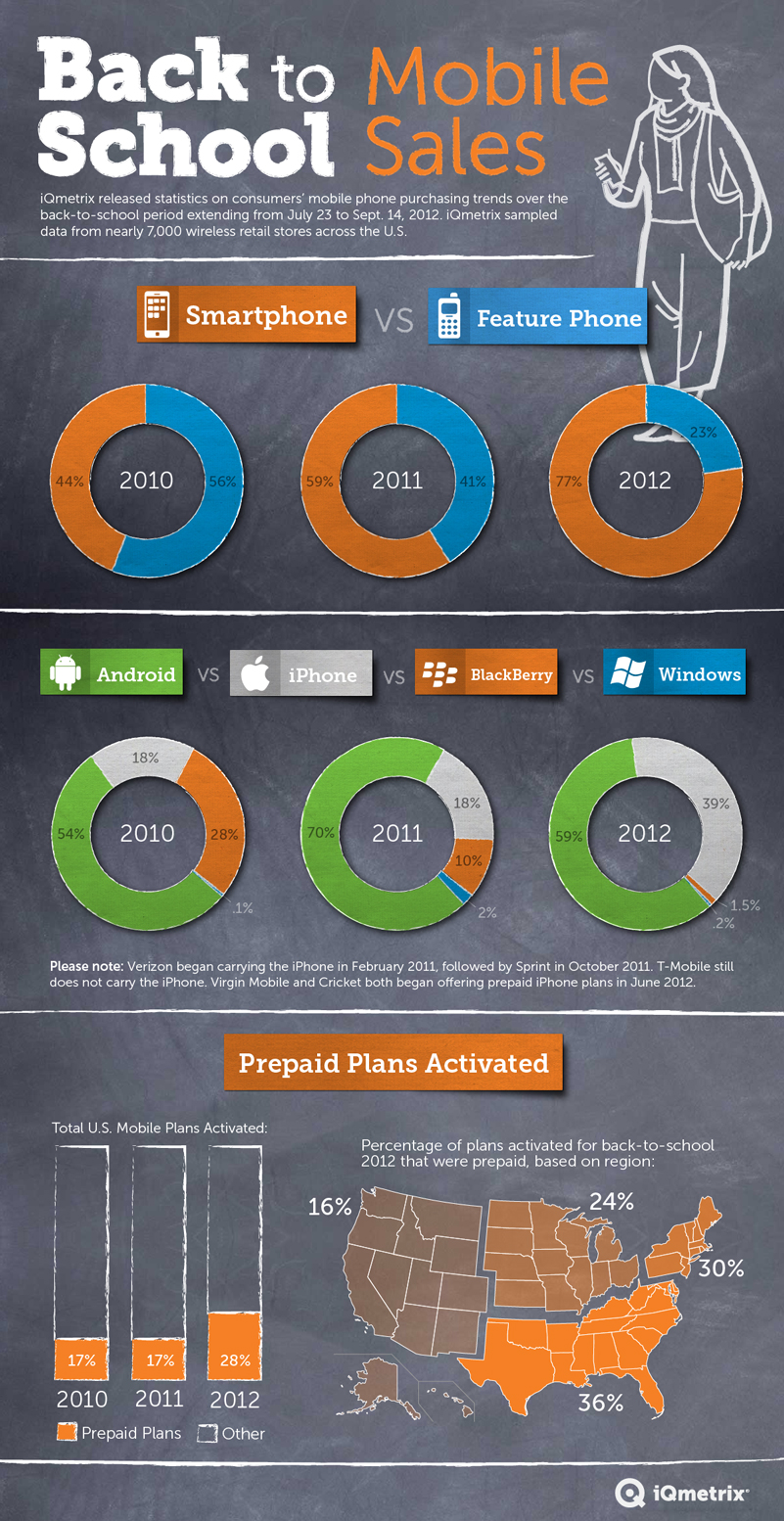 An Infographic by the Team at iQmetrix Mobile POS Software

Embed this on your site - Copy The Code Below

At iQmetrix, we are passionate about retail. Our purpose is to create great experiences for retailers, their employees and the end consumer. Our products bridge the gap between physical and virtual retail channels, offering the latest in retail management and customer experience technology. XQ Interactive Retail brings elements of online and mobile shopping experiences into the physical store to engage and educate shoppers during the purchase process. RQ4 Retail Management is a complete system for managing all aspects of a store chain operation, including POS, ERP, inventory and HR. When integrated specifically for wireless retailers, XQ and RQ allow users to effectively manage back-of-house operations and the in-store customer experience. Founded in 1999, iQmetrix is a privately-held software as a service (SaaS) company with offices in Canada and the United States. www.iQmetrix.com

*YOY statistics for the iPhone captured in 2011 and 2010 did not include sales data from a variety of carriers, including Verizon and Sprint, which didn’t begin carrying the iPhone until February 2011 and October 2011 respectively. To date, T-Mobile does not carry the iPhone, while Virgin Mobile and Cricket both began offering prepaid iPhone plans in June 2012.