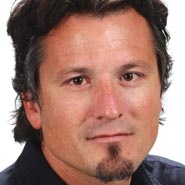 Back in March, Mobile Commerce Daily reported Best Buy hired former Starbucks CIO Stephen Gillett to strengthen its mobile strategy. The rationale was clear: The retailer needs to shore up the digital side of its business to better compete with online retailers such as Amazon who have been using Best Buy as a showroom for some time.

A month later, on April 10, Best Buy CEO Brian Dunn resigned, leading Forbes’ Bruce Upbin to write, ​“Best Buy could have been the best-run electronics retailer in the world and it would still be going out of business.”

Why did people stop shopping at Best Buy?
Best Buy’s competitive advantages are gone, Mr. Upbin wrote. Service and repair are not what they used to be – and competitors such as the Apple Store now outdo Best Buy in that department. More importantly, price is transparent, so people will buy the same products online at a lower price.

The rate at which consumers started buying electronics online has been inversely proportional to Best Buy’s profits.

Two weeks ago, ReadWriteWeb published stats documenting the divergent growth curves experienced by Best Buy and Amazon over the past 15 years.

These stats illustrate just how comfortable consumers have become with ecommerce – not to mention how online retailers have improved their customer service – free shipping, easy returns and exchanges – over time.

Shopping via smartphone: The growing threat of ​“showrooming”
Last holiday season, Amazon launched its Price Check mobile app. The retailer promoted its app by granting users a $5 discount off any product if they used the app in-store.

Suddenly ​“showrooming” – where consumers check out products in-store only to buy them cheaper online – could be done on a smartphone, instantly.

In January, Target wrote an urgent letter to vendors, suggesting they create special products to help differentiate it from online competitors.

But the Targets and the Best Buys will not get special treatment from vendors. Consumers have moved away from a dependence on physical stores.

The future of retail is an ​“omni-channel” experience, which means selling to consumers on all channels –online, mobile and in-store – simultaneously.

Retailers such as Best Buy must evolve to offer omni-channel experiences or they will be left behind.

But wait. Best Buy is now embracing showrooming?
Just when we thought Best Buy would just be focusing on mobile/omni-channel strategy, having hired former Starbucks CIO Stephen Gillett, a new report from Tom Webb of the Pioneer Press indicates the company is fine with its role as a showroom for retailers.

Mr. Webb quoted Best Buy’s former chief marketing officer, Barry Judge, who said the company actually makes more money from manufacturers – paying to put their products on the floor – than it does from consumers.

If this is the case, then what is to stop manufacturers from creating their own stores and showcasing their products the way they want?

Amazon, for instance, is beginning to open physical stores in an attempt to get more Kindle tablets in consumers’ hands. And we all know how well Apple’s done with its own branded stores.

The fact is – and Best Buy has apparently accepted it – showrooming is not going away.

Retailers must embrace that consumers might come to their stores with the intention of showrooming. At that point, it is up to the retailer to deliver a superior experience so these people actually buy and come back.

Smaller retailers are better placed to develop a relationship with the customer and assume less of an overhead risk than Best Buy.

In the end, all bricks-and-mortar retailers must evolve to overcome showrooming or they will get left behind.