RIM’s share of the North American back-to-school phone market has slid by 26 per cent in two years.

Looks like a lot of students didn’t head back to school with a BlackBerry or Windows phone in their backpacks this year.

Vancouver-based iQmetrix surveyed 7,000 wireless retailers in North America between July 23 and Sept. 14 and found that the most popular phones during the key back-to-school sales period were Android (capturing a 59.1 per cent share of consumer spending) and iPhone (39.2 per cent). 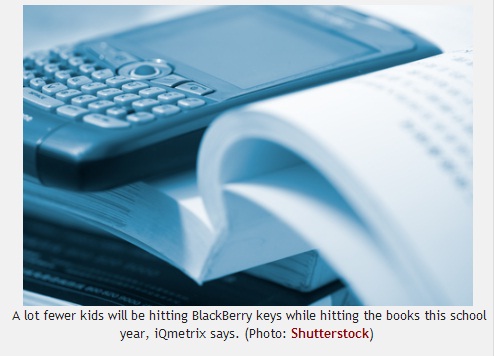 As reported in our source story from the Boston Herald, Research in Motion’s BlackBerry phones captured just a 1.5 per cent share of the back-to-school market, a 26.1 per cent drop since 2010. In last place was Windows Phone, garnering just 0.2 per cent. Windows Phone accounted for just 1.7 per cent of sales in 2011 and 0.1 per cent in 2010, so the Windows Phone OS appears to have flatlined.

It’s worth noting, however, that the survey was conducted before Apple’s Sept. 21 launch of iPhone 5. Who knows how much of a boost that release may have given Apple in back-to-school sales if it had only been moved up by a week or two?