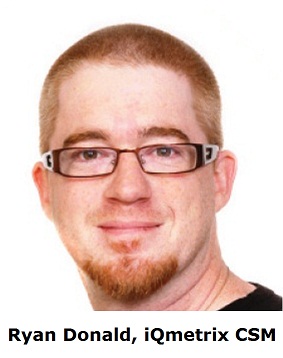 For wireless retailers, a big portion of revenue is drawn from carrier commissions.

The 2011 Channel Partners Compensation Survey (available for free download here) recently polled ​“master agents, independent agents, subagents, brokers, dealers, VARs and system integrators about how and how much they are paid,” according to a description of the survey.

“This year, Channel Partners added a series of questions about how compensation influences sales efforts. The responses provide deeper insight into a sector of the communications industry that continues to experience the direct effects of an increasingly complicated and challenging marketplace.”

According to the survey, the bulk of compensation comes in the form of residual commissions every month, followed by the next most popular arrangement, a mix of monthly and upfront commissions (see Figure 5, below).

I also spoke with iQmetrix Customer Success Manager Ryan Donald about the survey. Ryan has been discussing compensation issues with RQ4 users for several years now.

The following are Ryan’s interpretations of the 2011 Channel Partners Survey results:

As a wireless retailer, what are your initial reactions to these or any of the 2011 Channel Partners Compensation Survey findings? Please post your comments below.