Highly engaged employees are an employer’s dream. They’re the kind of staff who, when surveyed for the ranking of the Best Small and Medium Employers (BSME) on page 35, agree with statements such as ​“This company inspires me to do my best work every day”; ​“It would take a lot to get me to leave this company”; and ​“I would, without hesitation, recommend this company to a friend seeking employment.”

How do you generate such enthusiasm? Each of the three businesses profiled here has adopted a different strategy leading to a top 10 ranking on this year’s BSME list. And each has overcome a different bump along the road to becoming an engagement superstar. But all three firms share a core belief that having highly engaged employees is fundamental to business success — and that it’s deeply satisfying to lead a fired-up workforce.

(Below, is just the excerpt on iQmetrix, one of the three firms profiled in the full article.) 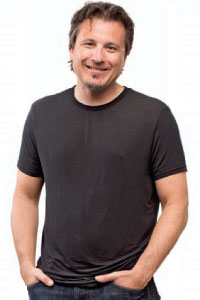 Senior leaders at iQmetrix got a rude awakening a few years ago. The Regina-based maker of retail software for the wireless industry had signed up to take part in the 2009 BSME survey — only to find that so few of its employees were interested enough to fill out the surveys that the company had failed to qualify for the ranking.

Chief strategy officer Scott McGillivray, who oversees employee development, says he realized at that moment that iQmetrix had been taking its people for granted. It clearly needed to do a lot of work in order to get its staff enthusiastic about their work, mostly regarding communicating, giving feedback and managing employee performance.

Part of the challenge was iQmetrix’s management style, which is anything but textbook. The company’s president and CEO, Chris Krywulak, says he started iQmetrix when he was 18 because he couldn’t picture himself in a traditional management setting, and in the early days, managers were really team members who didn’t have to manage people. ​“Everybody just kind of knew their place and knew what had to get done,” he says. ​“It was much more organic.”
But as the company expanded — revenue grew ninefold between 2004 and 2009, and iQmetrix made PROFIT’s 2010 ranking of Canada’s Fastest-Growing Companies — Krywulak couldn’t figure out how to keep the culture while scaling up. Managers hired from other companies came in telling their staff what to do, and that didn’t work. New hires felt out of place, which showed up in what McGillivray describes as an ​“inverse engagement score.” (The least engaged were those who had been with the company for a year or less; the most engaged were longtime employees of six years or more.)

To improve coaching and feedback, the company first had to articulate its distinctive way of doing things. Nevin Danielson, manager of employee development, found the right way to explain the iQmetrix management style, which is to give employees sufficient context so they can make their own decisions. If people are making wrong decisions, therefore, it is because they don’t have the right context. This puts the onus on the senior management team to convey to employees the information needed to to make wise decisions, and on the employees to ensure they’re properly briefed.

The company also introduced some simple rules regarding communication and performance management. Everyone at iQmetrix now sits down with their team leads for half an hour a week to talk about their work or career. And every day, each team has a 15-minute huddle. ​“It’s a quick roundtable about ​‘What am I working on, where am I facing roadblocks and what am I getting done today?’”, says McGillivray. ​“It really facilitates communication flow, keeps people informed and connects individuals throughout the company.”

As iQmetrix discovered, employee engagement improves when managers clearly communicate expectations and provide regular feedback. These performance-management practices enable staff to do their best and contribute to the company’s success. As a result of these changes, iQmetrix has cut staff turnover by half, from 19% in 2009 to less than 10% in 2011. And since it first entered the ranking in 2006, its engagement score has soared by 48%, taking it to No. 10 on this year’s list.