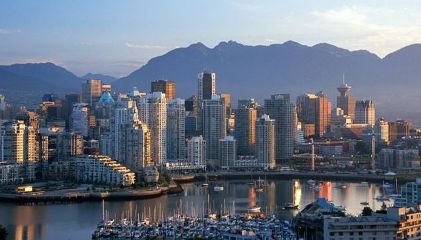 Vancouver, BC, September 16, 2013--(T-Net)--Profit Magazine and ProfitGuide.com have recently reported Vancouver’s fastest-growing companies for 2013, as part of its Profit 500 Annual Rankings of Canada’s fastest growing companies.

Twenty-five of the 60 Vancouver-based companies on the list are either BC tech companies, or IT staffing service providers (with heavy focus in the BC Tech Industry).

The 60 Fastest-Growing Vancouver companies on the 2013 ranking had an average 5-year revenue growth of 1,371% and an average employee count of 157, according to Profit Magazine.

Five of the overall top ten fastest growing revenue growth companies in Vancouver over the past year have been tech companies (of 50%), according to Profit Magazine (and this list also included Kelso Technologies (4th), Global Village Consulting (8th), Wurldtech Security Technologies (9th) in addition to Avigilon, Clevest and QuickMobile named above).

BC tech or IT staffing related companies named to the list included:

See the full list of Vancouver’s fastest growing companies (including the 25 tech and IT staffing related companies) on the ProfitGuide.com website at http://www.profitguide.com/microsite/profit500/2013-vancouver