This past weekend, both Canada and the United States celebrated the birth of their nations, Canada Day (July 1) and Independence Day (July 4) respectively. 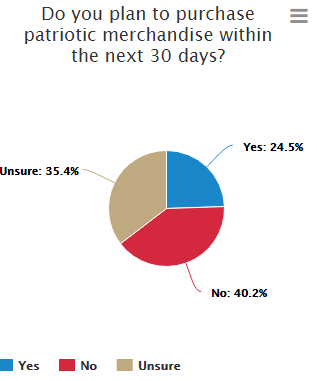 Arguably two of the bigger holidays on the calendar, both feature BBQs, fireworks and a chance to showcase their patriotism by spending money on patriotic themed hats, clothes flags and pretty much everything you can dream up.

Much like many of my compatriots both north and south of the border, I went into last weekend ready to celebrate my country. I proudly donned a patriotic T-shirt, red and white with a large maple leaf on the front with CANADA written from shoulder to shoulder, had a BBQ and subsequently took in the fireworks display.

As I lay on the deck at my in-law’s cottage I found myself reflecting on the day and thought to myself, for as long as I can remember I have been going out of my way to celebrate Canada Day, but each year comes with costs associated. This got me thinking, with stat holidays surrounding the weekend, Friday in Canada and Monday in the USA, what is the effect of these holidays on the retail industry. 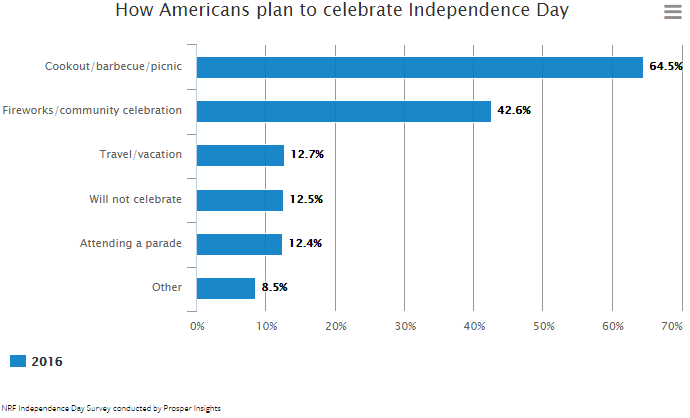 I assumed that like any long weekend, retail performance would see a boost with retailers looking to capitalize with featured promotions, deals and exclusive merchandise.

What the research says

In their annual survey, NRF found that that 214 million Americans would celebrate Independence day, estimating that $6.8B would be spent over the long weekend with ¼ of them planning to purchase patriotic merchandise.

Similarly, in Canada, the Interac Association predicts over $2.5B was spent on Canada day, and although we were unable to find the numbers, we can assume that where that money is going would be similar to that of the US, primarily on BBQ’s fireworks and travel.

I dug a bit further into these retail store metrics to try to understand how people would be spending their money, be it in-store or online. I found that given what people will spend their money on, apparel or decorations most of these purchases will be made in-store, lending proof to the fact that brick and mortar is still a huge part of the shopping experience.

Regardless of where you live, be it Canada or the US it’s no surprise that consumers break out their wallets on July 1st and the 4th of July.

To learn how to deliver a seamless experience across all channels by using a centralized platform, download our whitepaper ​‘Omnichannel Retail Moves From Channel to Platform’ below.