Looks good right? Not exactly, if you ask Forrester Mobile Analyst Sucharita Mulpuru. Ulanoff quoted Mulpuru in saying that -- while Cook wasn’t necessarily lying -- by not citing exact numbers, Apple is ​“obfuscating” the most important detail: How many transactions are we talking about?

Apple (Pay) would have to hit $30 billion to hit 1% (of total retail transactions).Sucharita Mulpuru, Forrester Research

If you look at the below graph, Forrester was projecting $3.7 billion in ​“in-person payments” would be transacted in 2013, an area it expects to reach $34.2 billion by 2019. These are payments using your smartphone in-store, which include NFC tap-to-pay, but ​“do not include services like Uber, which let you pay via a mobile app,” Ulanoff points out. 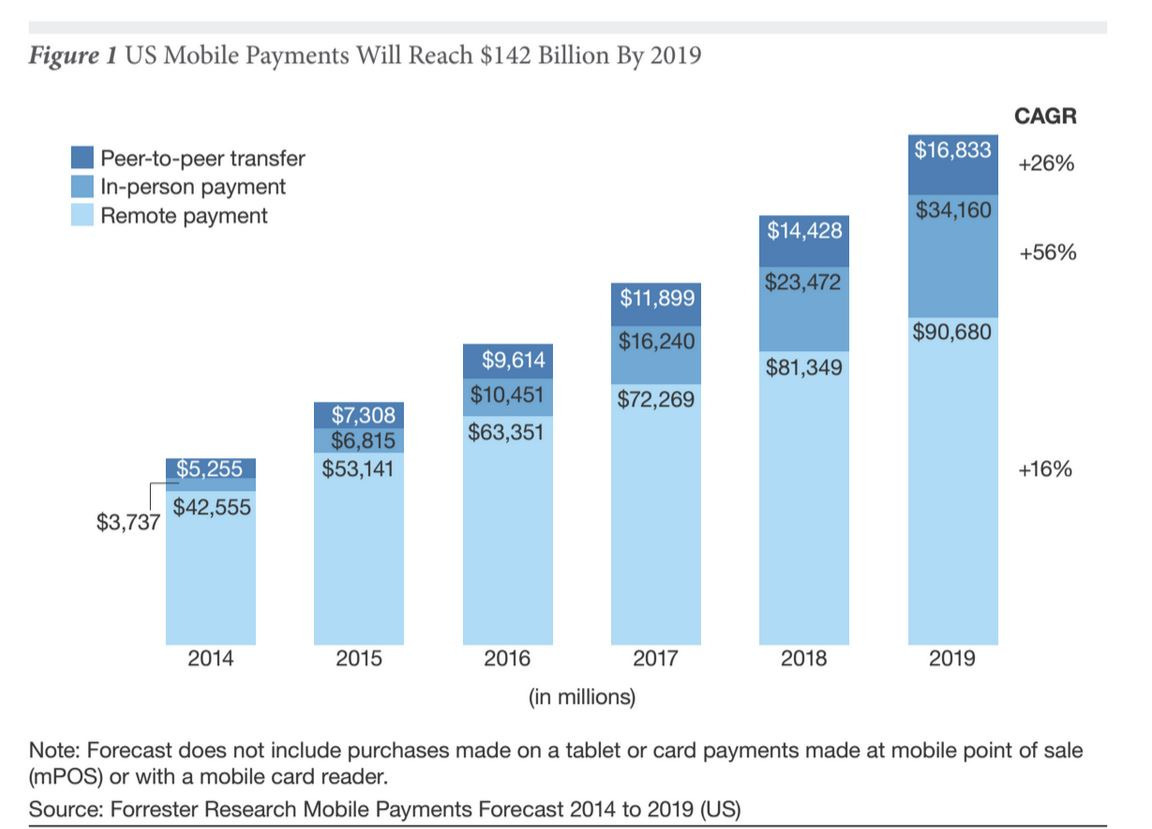 Apple Pay occupying 2/3 of U.S. ​“contactless” (i.e. NFC tap-to-pay) is impressive, but it’s still such a nascent, tiny slice of the overall payments pie. Mulpuru says the retail transaction market is $3 trillion. ​“Apple would have to hit $30 billion to hit 1%,” she said.

Ulanoff also noted that the majority of consumers still don’t have NFC-capable phones: ​“Apple sold 74.5 million iPhones last quarter, a large number of which are surely iPhone 6 and 6 Pluses. It’s not necessarily ​“a small base,” but still only a fraction of the current global smartphone user base which is closing in on 2 billion.”

The majority of consumers still don’t have NFC-capable phones.

As for the Panera Bread figure, the company declined to share specific contactless pay numbers with Ulanoff. A Panera Bread executive did email him saying it is a ​“relatively small, but growing percentage of POS transactions and a larger percentage of Panera iOS Application orders.”

In the end, Apple’s Apple Pay numbers, although selective, are impressive -- and they will help to boost adoption of competing NFC offerings from Google, PayPal and other payment processors -- but mobile wallet remains in the early adopter stage for now.