News came out today that Verizon Wireless was blocking the Google Wallet mobile payment app for use on its network via the new Galaxy Nexus, which is due for release later this month.

But Verizon has quickly responded to deny those claims.

“Recent reports that Verizon is blocking Google Wallet on our devices are false,” Verizon spokesman Jeffrey Nelson said in statement, as reported by Reuters. 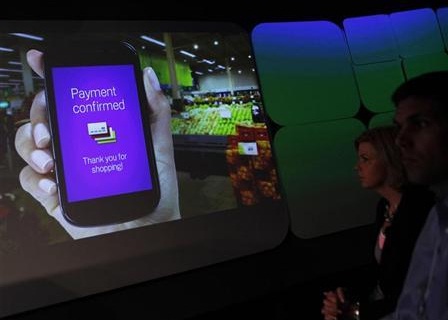 Previously, a Google spokesman said Verizon asked the company to not include Google Wallent in the Galaxy Nexus. Verizon said Google Wallet did ​“not simply access the operating system and basic hardware of our phones like thousands of other applications,” the service ​“needs to be integrated into a new, secure and proprietary hardware element on our phones.”

When the initial news broke, the immediate assumption was Verizon was looking to protect its own interests: Isis, its joint mobile payment venture with AT&T and T-Mobile USA.

Now it appears that Verizon is trying to save face in order to avoid bad press and accusations of being anti-competitive. Blocking Google Wallet would prevent customers from having choice. It would be more fair for Verizon to give incentives for bundling services and choosing their payment platform -- which is probably what they’ll do now -- but blocking other platforms and vertically integrating seems no different than what Microsoft has done in the past with Internet Explorer.

With so many different players in the mobile payment space (banks/​credit cards, PayPal, OEMs, platforms, carriers, etc.), it would be ideal for consumer preference to simply pick the best service.

But I don’t think the best solution will necessarily win out in the end because the solutions will all be fairly similar. If carriers can stop customers from having third-party choices then the carrier solution will likely win out because consumers will not have a real option to switch.

If Verizon actually blocked Google Wallet, I think AT&T would follow. It would be difficult for any other platform to succeed if the two largest U.S. carriers only allowed their own. Because there is not traction in the space, mobile payment will not be enough to cause consumers to switch carriers. I figured public opinion and media attention would have a large affect on the outcome -- and it seems they already did.